The SunFounder 2.4GHz 6CH RF Receiver-Transmitter Radio Transmitter is a left-throttle one, powered by six 1.5V batteries. As a 6-Channel 2.4GHz radio frequency (RF) transmitter, it only supports PPM signal output. The first, second and fourth channels support the trim function. Overall, it boasts the basic and popular functions for radio transmitters on the market but with better performance, including low-battery alarm, strong anti-interference, fast response, and stable remote control in a certain distance. Thus it's widely used for control system of aircraft models that require remote control in a long distance and other applications.

1. Take the following steps to pair: press and hold the pairing button of the receiver, and then power the receiver. Release the button, and the LED will flash fast on it. Then switch on the radio transmitter, and the LED on the transmitter will keep flashing, indicating it is pairing with the receiver. After a while the two LEDs will stay steady on, meaning the pairing is done successfully. Now you can pull the stick on the transmitter normally. It needs no switching on again, which is easy and convenient.
2. You need no more pairing later once it's done well for the receiver this time. 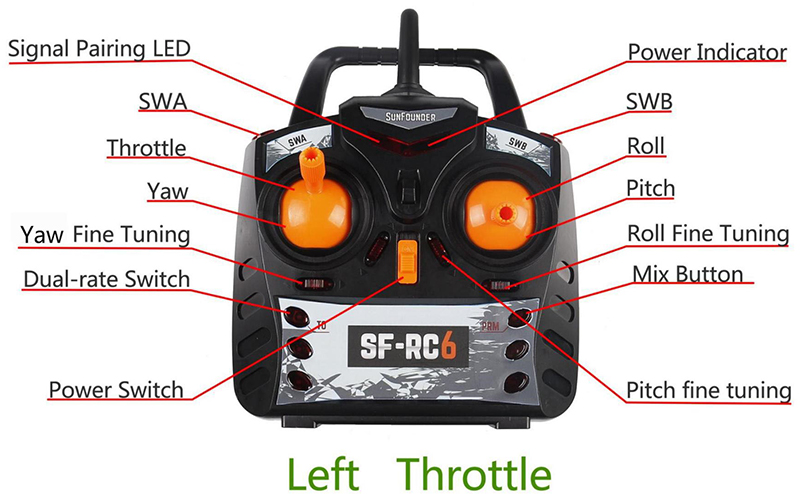